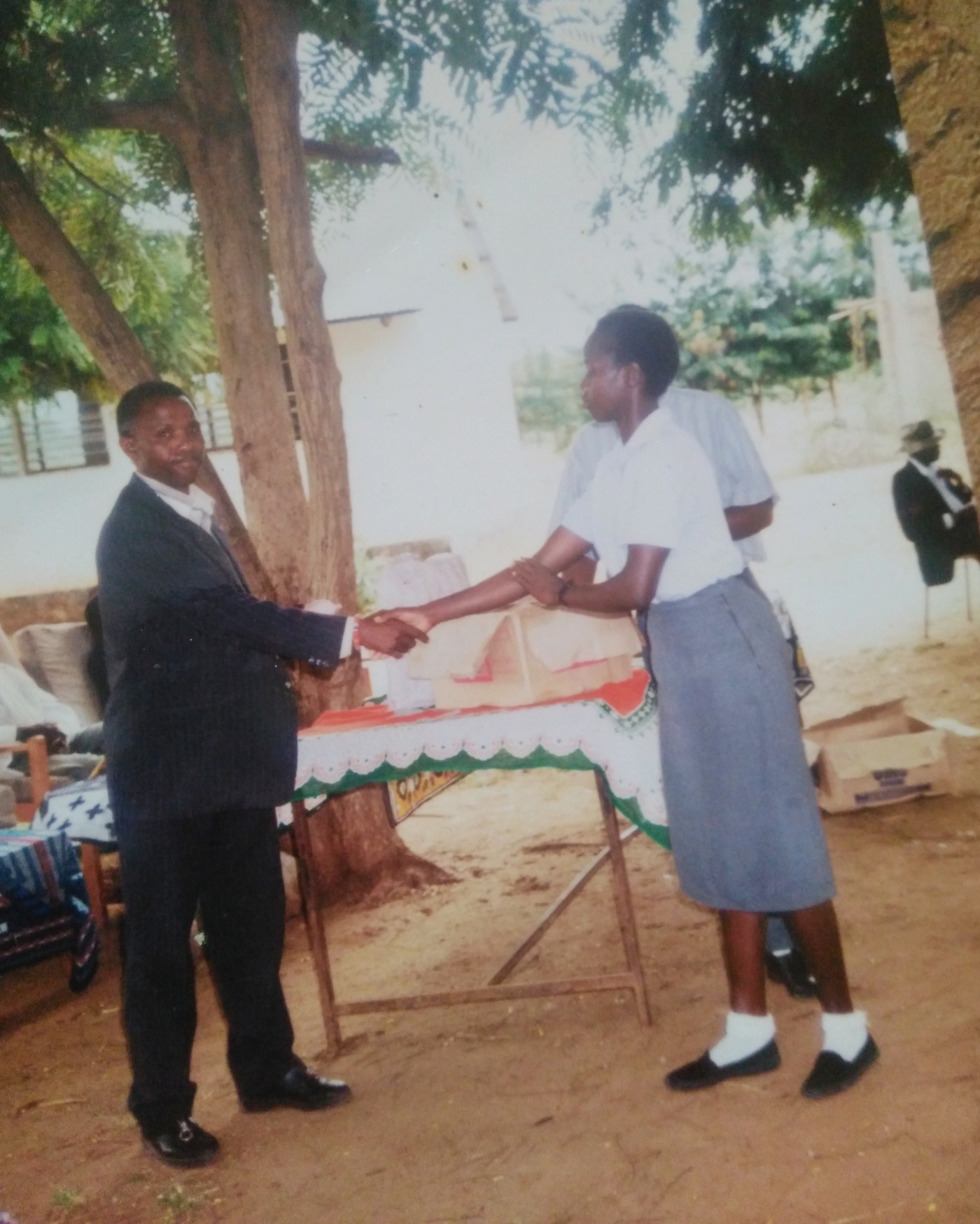 Nowhere is it written that he was a loving father;  a hardworking teacher who rose through the ranks over the years; a man who believed in education more than anything else. Nothing is written of his achievements; the things that made him laugh; those that irked him.  17 Years down the line and I still wish I knew more about this man that sired me. 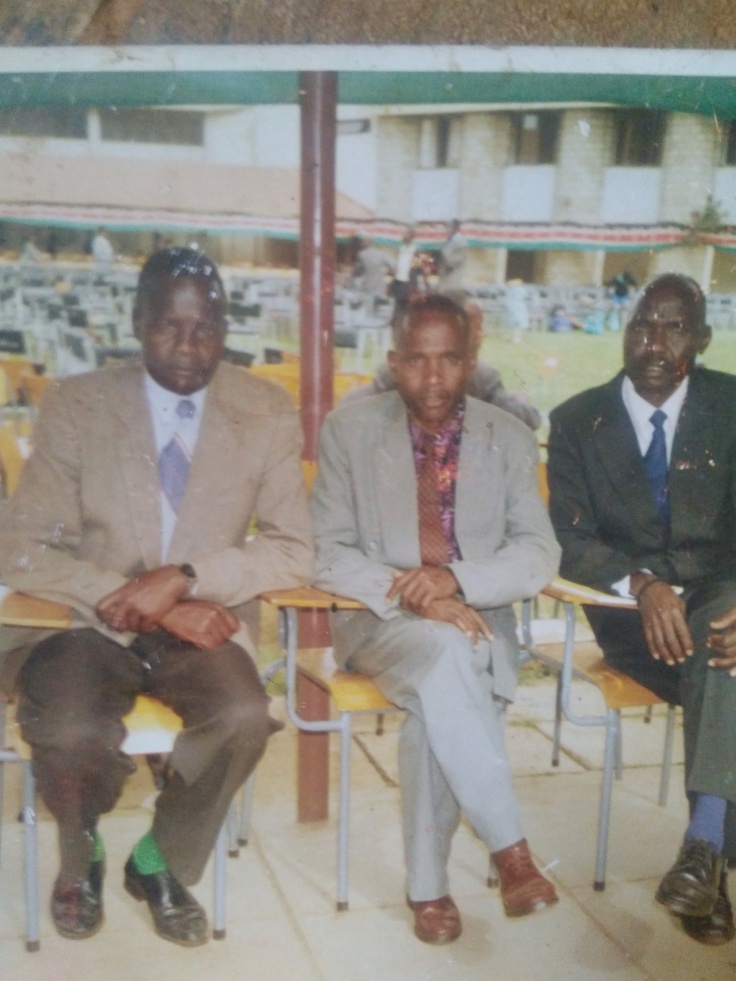 My father (centre) during my sister’s graduation from Tambach TTC

Outside the government records of his life; my own father is a stranger to me.  The only memory   I   recall vividly is of him holding me on his lap before mass one Sunday; bragging to his friend about how brilliant his last born kid was (I had just finished first term in class one).  The pride in his voice as he spoke is engraved firmly in my mind. Beyond that, there’s a blank gap in my memory.  See, my siblings are a bunch of escapists; it runs through and through in the family. Ever since death decided to rob us of our parents; no one talks about them. It’s almost as if not talking about the whole issue eases the gravity of loss.

Growing up, I adapted to the same dynamics; learning to avoid conversations that involved parents.  Never disclosing information about my family unless in critical situations. Absolutely hated how strangers would react when they learnt that you were an orphan. That word always brought some bitter taste in my mouth. Hated the looks of pity and the sympathy-filled comments that would follow. Made me feel as if I was somehow handicapped; some sort of leper.  I still do. 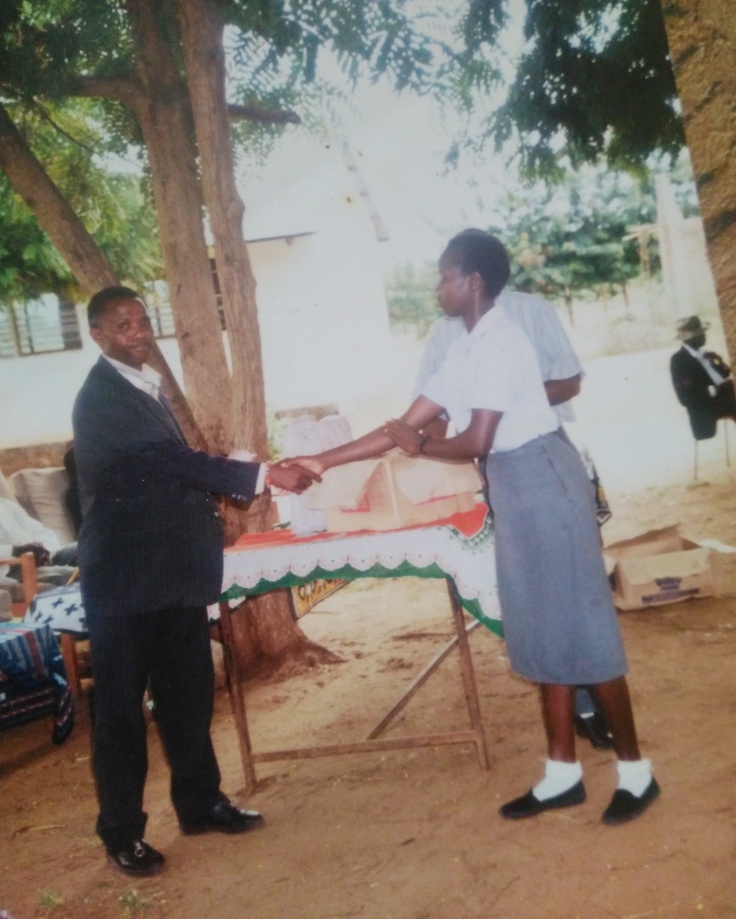 I stare at the pics of him (always in a suit and well-polished shoes) tying to read his eyes; his mood; his demeanour.  It’s almost as if I inherited almost all his physical attributes; height, build, complexion, hair texture and definitely the early greying gene. I am indeed my father’s daughter.

He was a kind man; that’s what everyone who knew him keeps saying.  I imagine the sort of fights we’d have had (if any) and how my life would have been were he around. Perhaps I would have been a less damaged human; less dysfunctional; definitely. I wonder what he’d have thought of my radical nature; this mind which he loved most that now aches for contrarian ways. I wonder what he’d have thought about my beliefs; my desires and dreams.

Come to think of it; I have never really thought of my father as deceased; despite filling the word in numerous government forms. I preferred to imagine him as having gone for a long sabbatical; it made coping easier as a kid. The memory has stuck on. Denial.

Last night I learnt of my grandfather’s passing of old age. I thought the news wouldn’t affect me; the old man had lived his life ripe and fylly, neither was I very close to him. But then; his death has opened up wounds and unpeeled all the layers of grief that I’ve kept stashed all these years. It  is now that I realize I never mourned my father. I was a child and death did not really strike home at the time. The pain of loss haw hit me; hard.  As we rest Guka in the coming week; I plan on mourning my father; on weeping for the memories we could have shared. I hope the heaviness and bitterness I’ve been carrying in my being can finally be shed.

5 thoughts on “​In Memory of My Father”