Kenya’s construction industry has grown immensely over the past year if the Economic Survey of 2015 is anything to go by. A number of mega-infrastructure projects with some running into the billions are currently on-going in the country. One such project is the Standard Gauge Railway. While the project is marred with a lot of controversies and scandals (story for another day), I must say that having gotten to see the actual progress of the works, I was mightily impressed with the work of the Contractor on site.

You must be wondering how that was possible,  so here’s a quick background. Last week, I was lucky to be a part of a team of 40 photographers (both Armature and Pro) in a competition organized by the Main Contractor for  the SGR Project, CRBC in conjunction with Spielworks Media, dubbed “Photo254”.  The competition saw the team travel from Mombasa to Nairobi to  document the SGR Project in its various phases and stages in line with the theme set out for the  particular day.  Some of the themes included Innovation, Prosperity and Growth, Trade and Business amongst others. The photographers would be taken to a site, the theme for the day would be given and each person was to take photos in line with the theme of the day and later on submit his or her best photo for the day.

It’s still ironic that I got to witness one of the biggest construction projects in our time, not as a construction student, but as a photographer (see what they told you about talent? Yes it can take you places, I am living proof…literally).

Anyway, back to main story. I was really amazed with how meticulously CRBC handles its day to day operations.  A lot of local contractors have been complaining about the Chinese contractors “stealing”  their jobs; but the fact remains that  they need to up their game in order to reach the advanced levels of their Chinese counterparts. Our Local contractors need to borrow a leaf if not  the whole branch  if they are to compete at all with foreign contractors on the same level

Of all the construction sites I have visited in my few years in the industry, this was  one of the first sites  where the health and safety regulations and requirements were strictly adhered to by both the casual labourers and the supervisors.  In all the  various sites we visited, all the workers were adorned in proper overalls, safety boots/ gumboots , helmets and gloves.  In addition to this, there were signages all over the site warning visitors and workers of health and risk hazards. The signs were written in both English, Kiswahili and Chinese with some having illustrated images. This was quite commendable especially because most site managers never really ensure that these regulations are adhered to despite them being specified in the Preambles section  of the Bills of Quantities. 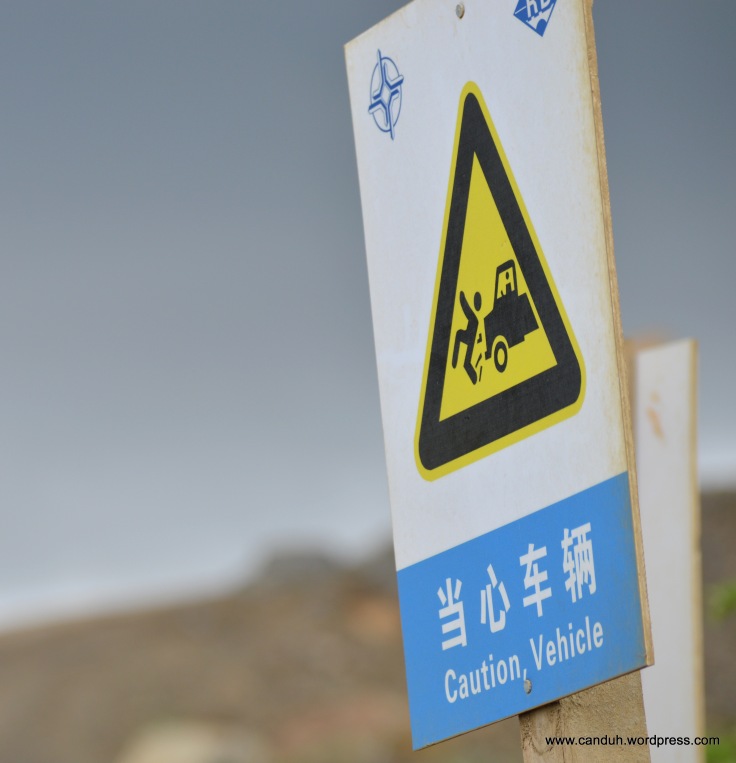 The SGR Project is divided into phases with work on each of the phases progressing concurrently. All materials are standardized and  the beams, columns and all other concrete parts in use  are all precast.  At the casting factory, the work is highly specialized. Each section deals with only one item of work e.g. there were guys whose main work was to cut rebars, others for bending and some who only tied the bars. This ensures smooth flow of work. The only work being done insitu was the installation of the various components.

Being a mega-infrastructure project, you’d expect the construction of the  SGR to have really huge repercussions on the environment. I am not an environmental expert and therefore I could be wrong, but according to my observations, or rather , in the sites I visited, one could see that contractor’s did their best to ensure that the surrounding environment and vegetation was preserved. Trees have not been cut down haphazardly and despite huge excavations in the initial phase in some areas, much has been done to restore the surfaces to their earlier states even before completion of the project.

The waste from the SGR sites are very well managed, infact, we  never once came across any pile of rubble dumped haphazardly. None of the sites we visited exhibited the chaos of material remnants, cement bags, nails, and steel and timber pieces that that is the common characteristic of most construction sites.

The Chinese workers who live in temporary dwellings on some of the sites have grown indigenous shrubs and vegetables such as sugarcane, pepper, spinach and beans in small plots around their dwellings. I found this very interesting and an urban agriculture practice each person should emulate.

6 thoughts on “Tips Kenyan Contractors Should Borrow From CRBC”